My new Legiones Astartes - Age of Darkness book has arrived!

As you can see, its still in the shrink wrap...which is something of a travesty in and of itself! Sigh, its been a busy afternoon, and I've simply not had the time to open it, sprawl out on the couch and give it a good read-thru. Originally, I was going to do another kill team battle report for this post, but I'm tired, its late and...yeah. That'll just have to wait for Monday.


The unit listing on the back cover includes all the recently added model/unit types, but it seems not the Legion specific rules/Rights of War. Oh well, I can just print off the half dozen (or so) pages that I need for the Alpha Legion and save myself $50+ that I'd spend on the other book otherwise.

Edit: This book has alternate Rights of War and there's one that fits my army perfectly!!! Which sounds like the makings of another blog post in the near future...
Posted by Da Masta Cheef at 6:00 AM No comments:

Ships lost in the warp... 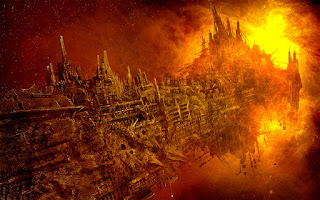 When one fails to arrive, do you ever wonder if it is missed? Or is the Imperium too caught up in itself to even notice the absence?
Posted by Da Masta Cheef at 6:00 AM 4 comments:

As my Outremar lack the number needed to field an Infantry Fire Support squad of (5) twin-heavy stubber teams (whereas I only have 2), they're sorely lacking in massed firepower. The slow roaming cannon-fodder blob squad of 20 Outremar only have an 18" range with their auxilia rifles, and the grenadiers have bolters and grenade launchers which is better but still lacking. My Leman Russ does have a multi-laser and heavy stubber, but those are little more than an after thought as its main job will be tank-hunting with its vanquisher cannon.

True the Alpha Legion will be on the table too, but they'll be busy securing objectives, taking out enemy characters and other important targets. Hanging back and saturating the other end of table with massed fire is what the Outremar are for. Going the cheap route (rather than buying those 3 more Twin-Heavy stubber teams),  I opted for a Quad-Multilaser Rapier team.

I say cheaper as I didn't buy the Forgeworld model, but rather an alternate model from Puppetswar. No guns were included with that, but they weren't needed as I already had 2, twin-gatling guns that were originally to go with this mini (which was given to a friend sans-gatling guns).

This little bugger (and its 2 crew) will give me 6, twin-linked strength 6, AP6, 36" shots per turn! Oh yes please, whether hosing down infantry squads or hull pointing rhinos to death, this little unit will bring some much needed dakka till the twin-heavy stubber squad can be brought to bear.
Posted by Da Masta Cheef at 5:00 AM 1 comment:

Wolfy and I got together with Mac and Zac at the FLGS to play a round of 40k's Kill team this past Saturday. Mac only plays with painted minis, so we opted to do so as well which really limited our options. Mac fielded his Red Corsairs, Zac had IG, Wolfy was running my Exodites, and I was using my 30k Alpha Legionnaires as 40k Sternguard. Being all brand new models, this would be their battlefield debut which is always a dangerous prospect in terms of their survival...

Mordian7th stops by for a visit...

...and I'm sure that that headline will be as much of a surprise to him as it will to anyone else!

I needed a good reference for painting up a 30k Thousand Son marine, and where better to look for a painting guide than on the Mordian 7th Regiment blog? I mean seriously, he on his what-2nd? 3rd? Thousand Sons 30k army by now? And on that note, a serious hats off to you sir as painting just one those way-too-intricate helmets was more than enough for me! I can't imagine painting an army or two worth of them.


Speaking of those fancy helmets, that's all I needed to paint actually. The rest of the marine was...missing. Whilst a lone straggler was obviously an easy kill, I'd be loathe to set up on a table across from one of Mordian's 30k armies (skip to the bottom photo)! I'm sure he's a great guy to play, but that kind of firepower has me easily outclassed. Luckily the Alpha Legion prefers a good ol' knife to the throat of the unawares than they do a stand up fight...
Posted by Da Masta Cheef at 5:00 AM 4 comments:

Whilst the world reeled in shock at the unexpected voting result in the UK, and the value of the British pound dropped to its lowest point since 1978, I thought (as most everyone did): "how does this effect me?"

lol, actually Hasslefree Miniatures has been all too happy to tout the low price of their products to foreign buyers in all of their news letters since the Brexit vote, so I'm not the only one to cash in on the event. Whilst that is tempting, I instead spent my $$$ on Forgeworld given I had recently gotten a bunch of Grymn anyways.


Though still on a Grymn related note, I bought the Crusade Imperialis army list book. Now my Grymn-turned-Outremar Imperial Militia have an actual rulebook and not a hacked Russian PDF!


The Alpha legion weren't left out either, as I got their decal sheet. I'm waiting for the updated and combined into one volume HH Space marine 'red book' to come out and then I'll get that for my Alpha Legion as well. Shouldn't be long now since the 'special edition' of it sold out near-instantaneously!
Posted by Da Masta Cheef at 5:00 AM 4 comments:


o/
This is my first collaborative...or um, 'guest' post for this blog. My beautiful and amazing wife Wolfy hit me with the above revelation over the holiday weekend and rather than try and explain her thoughts, I turned the keyboard over to her and just let her go!

Allow me to expound upon that a little. 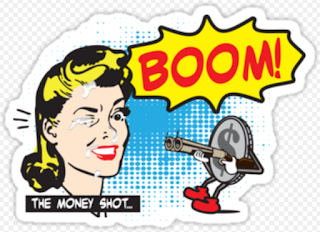 Although I do have to be fair, X-wing can actually do both. It's one of the few games that can cross the barrier and excite as well as stimulate and satisfy. X-wing has scenarios... (she says 'objectives' based scenarios don't count) this is what makes things so much more fun! Like having amazing sex with someone that knows what they are doing with their thingies that leaves you weak kneed, dizzy and sated as opposed to leaving you sore and wondering why you even bothered.

With that last sentence, I like to think I'm the former rather than the latter, but be careful in asking her. Wolfy's anything but prude (as you may have already guessed) and any reply she makes will all too likely be TMI!!! lol, anyways...in a nutshell, I guess she's a 'narrative gamer' and uh yeah. We're really looking for a good GM and RPG group too.
Posted by Da Masta Cheef at 6:00 AM 4 comments: