The caves have arrived! 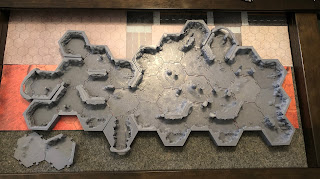 With the pieces fitting together like a puzzle without a picture to go by, I'll likely never assemble the same board twice.

I love this stuff and as I've stated previously, I need moar!!! This bunch here clocked in at $100 and it almost fills a third of my game table. Better yet, it fits under the table top meaning it can be left in place when we're done playing. 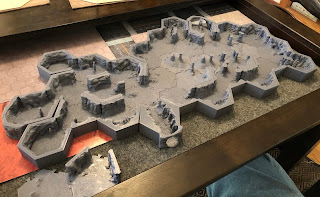 These won't really work for spess mahreens and their 32mm bases, indeed 25mm bases are the biggest that'll fit but really, this screams 15mm gaming!! May have to sell some 40k armies to finance some more hexes. Anyways, enough jabbering just look at the pics: 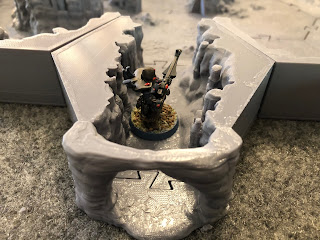 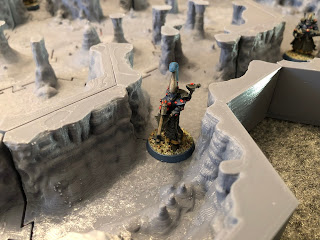 As you can see, 25mm bases just barely fit into the passageways. 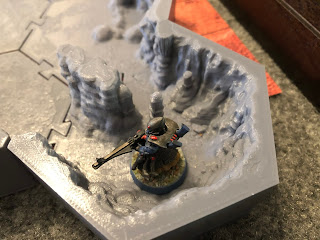 And even those are a bit too big for some hexes. 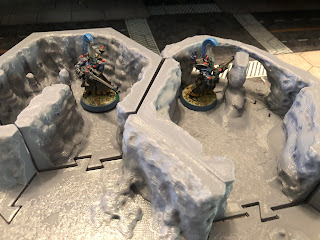 Psst, you see anything over there?  yeah, umm...no peeking over the cavern walls, lol. 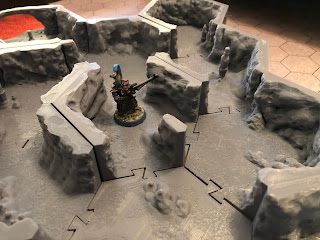 High crested helms are probably not recommended in caves and caverns. 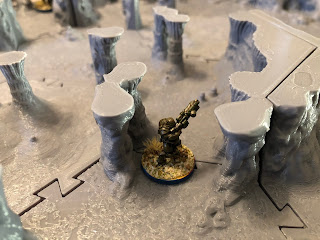 15mm minis on the other hand...yeah they're prefect! I've been wanting to break into some sort of 15mm gaming for awhile due to the vastly reduced cost and storage needs. Even going so far as to simply halve the ranges of everything in regular scale 40k for simplicity's sake. If anybody could recommend a good system it would be appreciated. 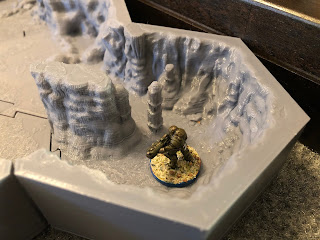 A much better fit! 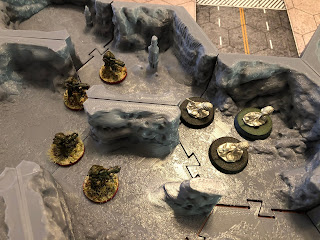 A squad of my 15mm marines getting ambushed by some sort of alien horrors!

The Silver Drakes are an actual army now! 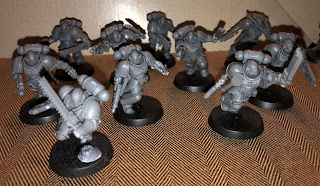 I was really tempted to use some Angry Marine helms for these guys but I refrained...

Yes, yes...as usual I'm always buying moar. I got lucky on eBay and found a squad of 10 assault intercessors way back when 9th dropped getting them for what 5 were selling for just a week later. More recently I bought 5 Palanite Enforcers to use as scouts. I don't think I'm going to use the WB/BS of 4+ for my Drakes as I did in Kill Team. Sadly 40k, even locally is too uber competitive anymore for such amusements. 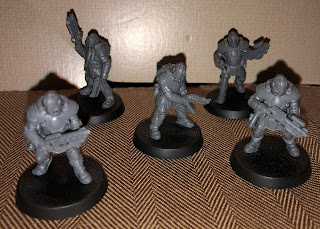 The one with the gun raised doesn't actually have a shotgun, but will treat it as such. Maybe its a breach loader or the like...

With these additions I now have about a 1k army which is as big as I think it'll get. Hell, it's not like I ever have time to play. Indeed even painting time is getting hard to come by these days. But I'll get them done...someday.

Here they all are, and like most of my armies they're in desperate need of that elusive substance:  paint.

...and/or Kill Team, Mordheim (this stuff SCREAMS Skaven of which I still have hordes of), Necromunda (ah yes, the good ol' sump...), Turnip28 (more on this later), and just about anything else I can think of. The pic below is from Alter3Dimensya of my first batch of terrain. 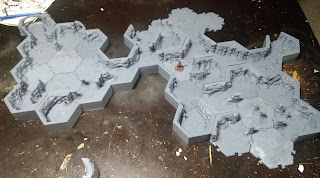 I can totally see myself selling an army to finance the purchase of enough of these to fill up my gaming table!

There isn't a 'map' available of the starter set, so I just winged it and ordered that and 1-2 of every available piece. The above is what that all amounted to (the mini is just for scale). Interlocking like a puzzle and completely modular, I may end up ordering more before this first order even arrives!

Also, I'm going to need a lot of paint for whatever color scheme I decide to use on it. Various shades of brown? 50 Shades of grey? Or white and greys to represent something like Hoth?

I guess we will see, regardless I already know that I NEED MOAR!!