The turd has been polished... 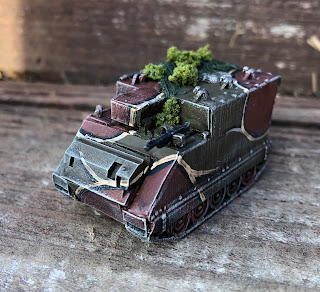 ...of course its still a turd, but whatever. 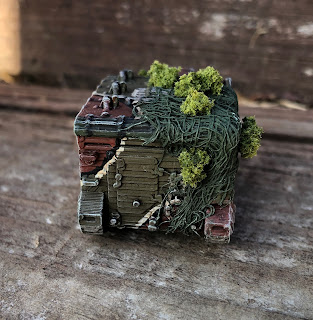 The camo netting can only hide so much...

Now that it's all painted up it looks halfway decent, though in hindsight I ought to have put a piece of plasitcard over that rear entry hatch. That one area is now by far the ugliest part on this mini. I added camo netting, with attached foliage using a tutorial I found on a Team Yankee FB group I'm in. 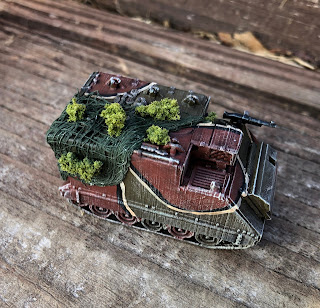 In person the bleached bone dry brushing isn't as prominent, but that's the camera for ya.

That covered up the most of the more egregious 3d printed defects (rear hatch aside) that I didn't already cover with plasticard and spare bits. I couldn't cover that hatch though as otherwise there'd be no way in or out aside from the driver's hatch. 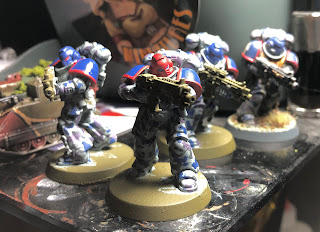 On a different note, I've also started painting on another three camo Smurf Intercessors.
Posted by Da Masta Cheef at 5:00 AM

The rear hatch looks fine to me!