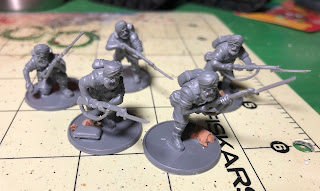 The guy kneeling in back will actually be the loader for my already painted LMG gunner.

Coming on the heels of assembling the last of my 30k Blood Angel infantry (still have a Kratos to go), I've been assembling my Sikhs for Bolt Action this week. I've had a hankering to go mucking about with Bolt Action again, and the first step in that process is build some semblance of an army. A little one anyways. 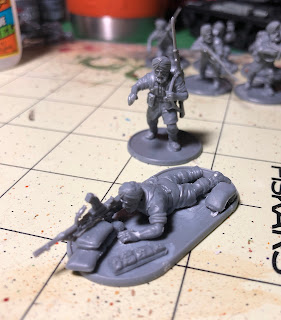 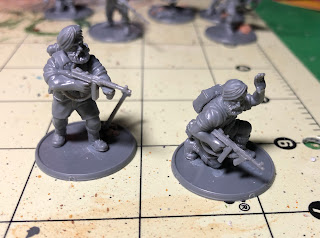 Sergeants with SMGs. If I ever play any early war games, these guys will simply be omitted.

My little collection, both those painted and still on the sprue total out to about 500pts for early war, or else 650ish for late war (and only because I recently picked up a 3D printed Chaffee). Whilst I would prefer early war, Screech (my most likely opponent) insists on only playing late war, otherwise known as the part of WWII where his Germans lost all of their battles, their country, and indeed the war. 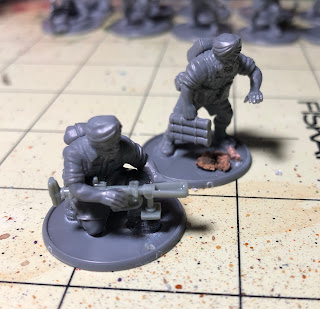 PIAT team using the PIAT launcher from a Rubicon vehicle stowage kit. It worked out alright, I think.

To each their own, I guess. I'm sure it has more to do with the late war German super (unreliable) tanks which will make mincemeat out of my Chaffee, but whatever. I can always team up with Neverness who also has British troops. Between the three of us, we might even have a vague idea of how to play the game...maybe. Of course there's always Bob who actually knows how to play, but where's the fun in that? lol. 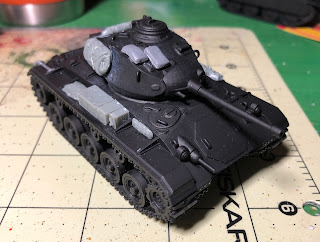 Chaffee is one of my favorite tanks, even though it only arrived at the very tail end of the war. 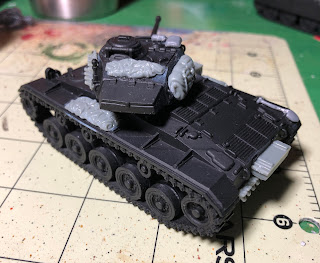 This one came primed black; however, I'll reprime it OD green now that I've added the stowage to it.

Anyways, below is all that I've put together here this week. I have another 15-20 or so infantry to go, then will set about painting them. 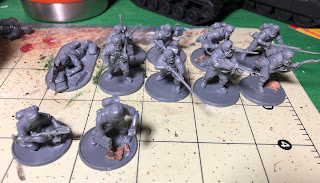 They'll be a bit daunting to start painting once the rest are all assembled!