Do NOT make fun of his golden cod piece! 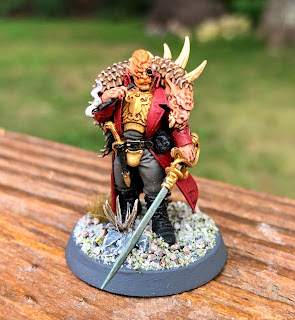 Many a cornered rogue psyker, sorcerer/ess and warlock has no doubt had the same thought:
'Is he really a soulless ginger, or is that just dye?'

Whilst you may know this miniature as Janus Draik, of Blackstone Fortress fame (it took me about 10 minutes of googling to recall what his actual name was, and from which game system he came), in my collection he is known as Inquisitor Vinderthoff. Or more formally: Ordo Malleus Inquisitor Wezley Sharlz Vinderthoff the III. 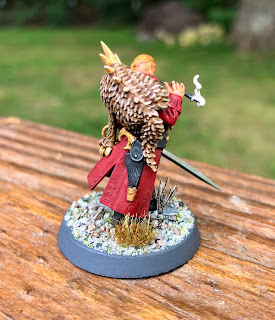 With such a grandiose name he no doubt comes from humble origins wouldn't you say? Clearly not. Indeed, he has not only come from the highest levels of Imperial society, but still quite enjoys it or so it would seem. Like so many things with the inquisition though, his origin story is shrouded in mystery... 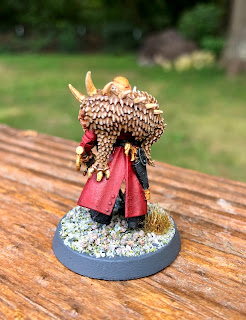 You have to wonder: Is that his former faithful companion draped across his shoulders? Or was it someone else's?
***** 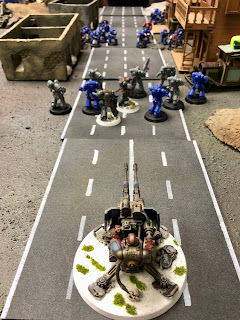 'YOU IDIOTS! Get the hell out of the way so I can shoot!'
I did manage to get a game in this past weekend vs. Neverness. Be sure to keep an eye out for his forthcoming battle report.