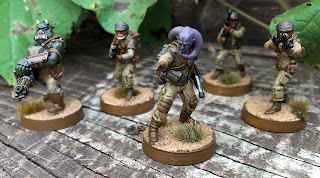 Seriously what the hell? Eleven minis, all painted for the same faction, in a little over a week's time. You'd think this blog was hacked or something...

Yet painted they are! Due to this ungodly heat wave, I haven't been going outside as often as I normally do, and as such I knocked this group out in 2 evenings. Which leaves me just the cannon left to do (well, at least until the third 3D printed squad arrives in the mail).

I had to have at least one Gamorrean, since they're basically the Orks of the Star Wars universe. Given that this one is armed with a Z-6, he's of the dakka variety. Anyways, not much else to say I suppose, so I'll just show 'em off instead: 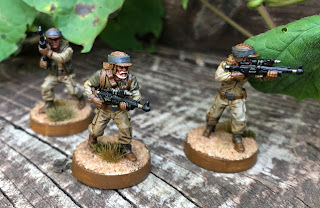 Amongst  FFG's actual rebel trooper minis, the guy in the middle is my favorite sculpt. Also, it wasn't until I was inking the squad that I realized belatedly that the trooper on the right is female. 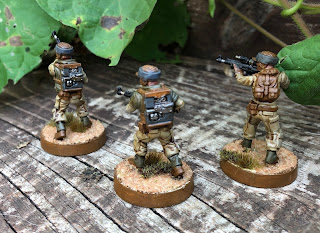 Shit! They're behind us! Oh wait, it's just the Ewoks again. 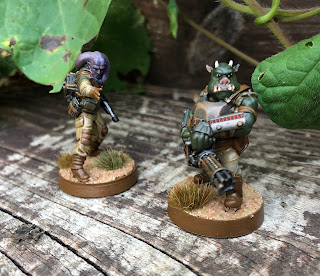 The Twi'lek is the squad leader and is seen both here and below giving his squad's Gamorrean gunner some in depth instruction. 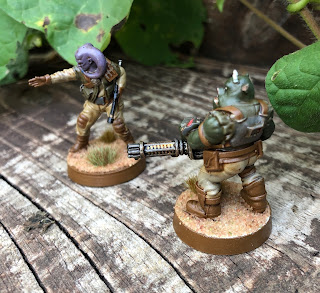 I love how the Gamorrean is (sorta) stuffed into the body armor of a (presumably) deceased Imperial Officer.
Posted by Da Masta Cheef at 5:00 AM