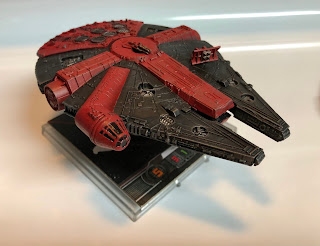 As mentioned in my prior post, Frankie has dubbed his YT-1300 the Red Kraken. Originally, its name was to be based on/named after the starter world Bracca from the video game Star Wars Jedi: Fallen Order. Looking for variations thereof, I mentioned the mythical Kraken and shortly thereafter Frankie arrived at the name: The Braccin. 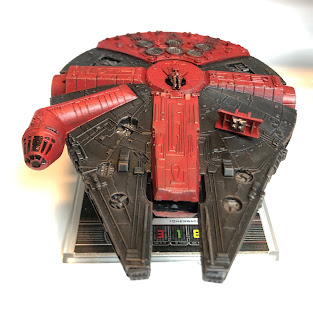 Not sure if he really wanted a dirty ship, though he was quite impressed with the initial drybrushing layer.

Frankie rather likes my Scarlet Harlot as well as the pics of both Ol' Ironsides and especially the Blue Waffle (no, he DOES NOT know what that actually is!). As such I was thinking he'd want me to convert his YT, most likely to the central cockpit variety of the Waffle. However with blade in hand he stopped me and requested only a repaint.

My instructions were as follows: 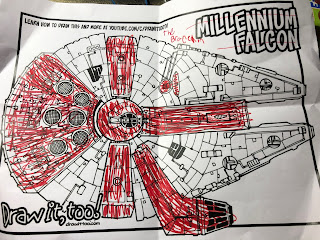 I have a few more of these coloring sheets, and may color some myself...just for the hell of it.

Skip forward to our game last week, and quoting Liam Neeson from some movie I didn't like, I said: 'UNLEASH THE KRAKEN!' (whilst he proceeded to kill one of my TIE fighters). However he corrected me calling it the Red Kraken. Thus his ship was officially named. 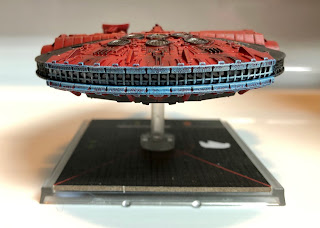 Oddly, the engine looks kinda like a toothy grin to me.

Like most of my rebel ship repaints (and my paint jobs in general), this ship looks weather beaten and worn. She's clearly been around the block galaxy a few times, but is nonetheless ready for combat! I did however explain to him new model syndrome and how it also applies to painted minis. Nonetheless he's looking forward to using again soon.

Not sure when we'll have the opportunity to play X-Wing again, but regardless he'll (I'm sure happliy) take possession of the ship this evening. 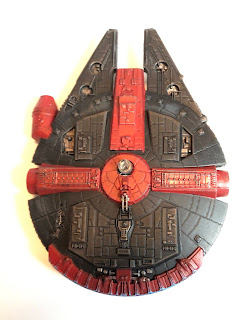